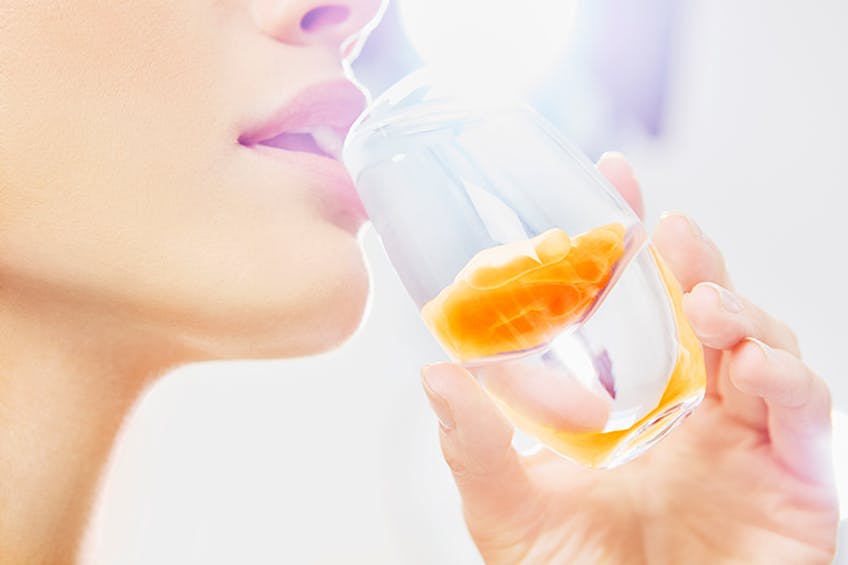 Getting to Grips with Adult Acne

Acne can make life hell for both teenagers and adults alike; fortunately, help is at hand with antioxidants like glutathione and vitamin C.

Acne affects over 40 million people in developed nations and continues to be a common skin problem even after adolescence.

It has increased in frequency particularly among adult women with more than half of those over 25 being affected. The two most common forms of acne are:

Both are inflammatory conditions occurring in the sebaceous glands of the skin. These produce a mixture of oils and waxes called sebum which is controlled by the male and female sex hormones.

The male sex hormones increase the size of the sebaceous glands and the amount of sebum produced whereas the female hormones have the opposite effect. Male hormones are also involved in the production of keratin in the follicles.

The causes of acne are multi-factorial. Whilst the onset of acne is often thought to be dependent on male hormone production, some studies indicate that it may be due to greater activity of an enzyme called dihydrotestosterone, which converts the male hormone to a more active form.

The severity and progression of this condition is affected by a complex interaction between hormones, sebum, keratin production, and bacteria.

An overproduction of keratin in the follicle cells can result in a blockage, eventually leading to the formation of a whitehead or blackhead. Inflammation then surrounds the area, caused by an overgrowth of bacteria within the sebaceous glands.

The surprisingly high prevalence of acne in adults may be related to antibiotic treatment, which can lead to an overgrowth of unhealthy bacteria. Another potential factor is thought to be the use of oral contraceptives or cosmetics.

More recently evidence suggests that the western diet may play a role in the development of acne.  Acne is not found in populations that consume a Palaeolithic diet which excludes milk and dairy products and also has a low glycaemic load (GL).

Researchers have found that milk activates signalling mechanisms in the body that affect insulin levels. This may contribute to insulin resistance in the same way that a high GL diet does.

Eating too many highly processed, sugary foods in the long term is known to lead to reduced insulin sensitivity. Many acne associated syndromes such as polycystic ovaries are linked to insulin resistance.

Following a low GL diet free from dairy has the potential to improve insulin sensitivity and reduce acne severity. Several trials have shown positive outcomes for acne sufferers on low GL diets. Participants in the trials reported a significant reduction in the size of their sebaceous glands and decreased inflammation.

Adult acne can be aggravated by stress and a poor diet. In addition, poor elimination of toxins due to constipation and a sluggish liver may increase acne symptoms.  Furthermore, modern life exposes the skin to high levels of oxidative stress which can lead to inflammation.

The main culprits are reactive oxygen species (ROS) – damaging compounds generated from both internal and external sources. Research has found that patients with inflammatory acne had 43% higher production of ROS.  This was significantly more than in healthy subjects.

The key take-home message is:

Omega 3 essential fatty acids have anti-inflammatory properties, so regularly eat oily fish, such as salmon and mackerel, plus nuts and seeds.

This will help to eliminate toxins. Choose high fibre foods:

These types of foods also have a low glycaemic index which should maintain normal blood sugar levels, helping to control insulin secretion.

Spring clean your diet and give your liver a break by reducing potential toxins. Prime culprits are alcohol, smoking and recreational drugs, as well as environmental toxins like plastics, pesticides and household chemicals.

Be Selective with Supplements

Studies have identified that those with acne have significantly lower levels of blood antioxidants. Notably Vitamin C was found to be as much as 40% lower in acne sufferers than their healthier counterparts.

Vitamin C inhibits compounds in the body that are pro-inflammatory, making it ideal for use in inflammatory conditions like acne. According to early clinical observations, supplementing with 800mg to 3g vitamin C daily showed a definite improvement in acne symptoms.

The body relies on this powerful antioxidant to dispose of toxic compounds that create inflammation. Under the constant burden of oxidative stress, particularly in severe forms of acne - glutathione is quickly exhausted.

Research has verified that the activity of glutathione enzymes integral to antioxidant defence systems are significantly decreased in patients with acne compared to healthier subjects.

A study published in the Journal of cosmetic Dermatology demonstrated the benefits of raising Glutathione levels in reducing acne lesions. After eight weeks, compared to those on placebos acne sufferers found their symptoms had improved by 53%.