| Home Blog Glutathione Could Liposomal Glutathione and liposomal Altrient Vitamin C be the magic bullets for protection against Pneumonia? 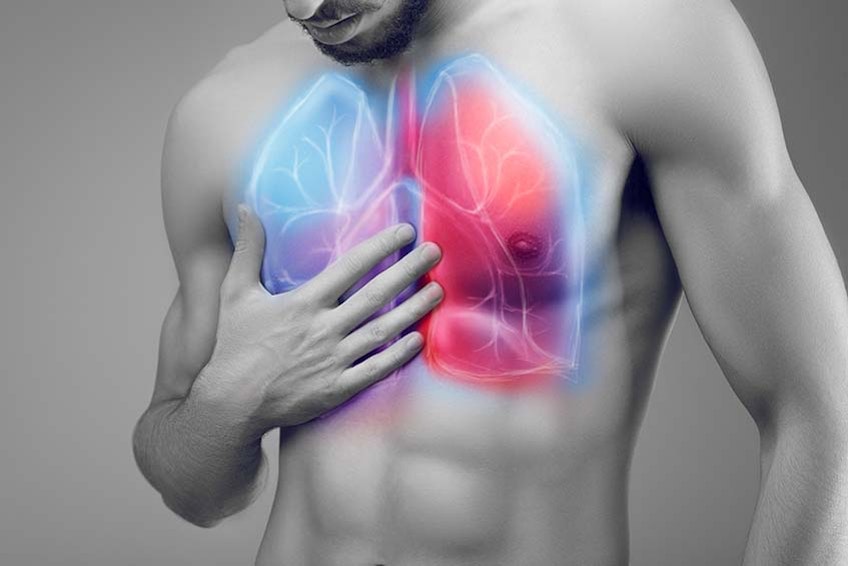 Could Liposomal Glutathione and liposomal Altrient Vitamin C be the magic bullets for protection against Pneumonia?

Many of us think that pneumonia is a disease of the past, a life-threatening infection that relates to the Victorian times. However, this lung disease is having a twentieth century revival and it’s those of us that smoke, have compromised immunity or diabetes or drink excessively that may be at risk, alongside the very young and elderly who are of course more vulnerable. Stress, poor diet and even living in a damp home can also impact on lung health.

According to the NHS pneumonia affects around 8 in 1,000 adults each year, in the UK and it’s more widespread in autumn and winter. It’s thought that factors such as pollution, antibiotics resistance and compromised immunity may be factors in the resurgence of pneumonia. This condition can be difficult to diagnose because it shares many symptoms with other conditions, such as the common cold, bronchitis and asthma.

The problem is that a chest infection can convert into pneumonia in a surprisingly short time frame, pneumonia takes just 24-48 hours to develop. So, it’s essential that you don’t ignore warning signs which include cough, difficulty breathing, rapid heartbeat, fever, sweating and shivering, loss of appetite, chest pain, coughing up discoloured phlegm with blood, headaches, nausea, fatigue and wheezing.

Pneumonia can be caused by several different factors from lung toxicity due to inhaled pollutants or harsh chemicals to the more common bacterial infections of streptococcus pneumoniae, haemophilus influenzae and staphylococcus aureus, there are viral and fungal pneumonia infections too. During a pneumonia infection the tiny air sacks at the end of the breathing tubes become inflamed, damaged and filled with fluid preventing normal breathing from occurring. If left untreated pleurisy, lung abscess and septicaemia can quickly develop and the condition becomes life-threatening.

Glutathione is a powerful antioxidant nutrient that is present in all cells and is involved in many processes in the body, including tissue building and repair and supporting immune cell activity. A prominent characteristic of pneumonia is that lung cells are under a high level of oxidative stress due to the inflammation and infection. Glutathione is essential for lung cells as it protects against the harmful effects of oxidative stress, improves the antioxidant status within lung cells, helps support the activity of immune cells within the lung tissue and helps prevent lung tissue damage. Although the body can produce its own glutathione, this activity declines as we age, leaving the elderly much more vulnerable to conditions associated with oxidative stress.

Since glutathione has a reputation for being the master antioxidant and the number one nutrient for lung health, taking steps to improve your glutathione status is a priority. Here’s our 3-step glutathione strategy…

Supplementing with glutathione across the winter months is a smart move if you are prone to chest infections but not all supplements are of true value. To get the most out of your supplement invest in a high-quality liposomal form such as Altrient, which uses a patented glutathione called Setria® which has excellent bioavailability. Altrient’s cutting-edge liposomal encapsulation technology enables the Setria® glutathione to be protected from destruction as it passes through your digestive system enabling it to be delivered to your cells where you need it most.

There’s a cellular hormone-like chemical called NrF2 factor which activates antioxidant activity by increasing the expression of antioxidant genes and switches on genes that instruct cells to make more glutathione. Natural nutrients found in broccoli, brussels sprouts, cauliflower, cabbage, raw garlic, cinnamon, turmeric and cardamom help bump-up NrF2, so it’s a good idea to include these foods in your diet.

The body can make its own glutathione but it needs three special amino acids (protein molecules) to do this called glutamate, glycine and cysteine. These amino acids are found in protein rich foods meat, fish, eggs and are particularly rich in bone broths. Hence the traditional ‘flu/cold remedy of homemade chicken soup made from homemade bone stock to help fight all manner of respiratory tract infections.

Back in the early 1900 an American paediatrician Alfred Hess carried out some ground-breaking work uncovering a direct link between scurvy and pneumonia and by the 1930’s vitamin C was being used as a treatment option for pneumonia and other lung conditions. Vitamin C provides additional antioxidant support dampening down oxidative stress and allowing lung cells to recover.

Altrient C is an advanced form of liposomal vitamin C. Liposomal means the vitamin C is cleverly wrapped-up, or encapsulated in a bubble of phospholipids protecting the vitamin from being destroyed as it passes through the digestive system. Altrient were the first company to use Liposomal Encapsulation Technology with vitamins and nutrients and they spent years developing a patented process to achieve this breakthrough in vitamin delivery. Since all our cells also contain an outer layer of phospholipids the two can join together easily which enables the vitamin C to be absorbed into the bloodstream quickly and be delivered to cells in need with speed and agility. Clever science indeed!

How to recover healthy hair from your unsightly stay home hair condition!

Since many of us have been unable to enjoy our usual 8-10 week trim, intensive conditioning, colouring and styling, that means bad hair days have become the ‘norm’ during the lockdown. Nutritional therapist Jackie Newson, explains which nutrients are important for hair health to help convert your tired, lacklustre locks into crowing glory again.