| Home Blog Health Should you join the vegan movement? 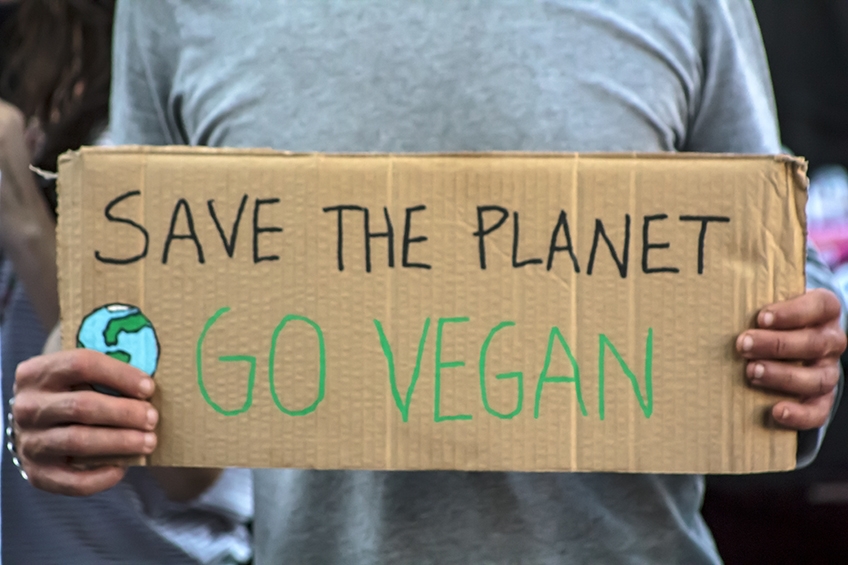 Should you join the vegan movement?

November 1st is World Vegan Day and an opportunity for vegans to unite and highlight the potential benefits of following an entirely plant-based diet. While this style of eating may also have some health risks it’s important to acknowledge that eating animal sourced foods may pose a threat to the precious environment that we live in.

Governments around the world agree that we need to eat less meat to help reduce the carbon emissions that are threatening our climate. According to The Vegan Society if everybody in the world switched to a vegan diet the greenhouse gas emissions could potentially be reduced by two thirds. Furthermore, these changes could generate savings related to healthcare and climate damage of 1.5 trillion dollars(1).

Where once veganism was the result of concerns over animal welfare, it has now exploded into a desire for better health and a crusade to save our planet. The fact that there are reportedly 600,000 vegans in the UK and over 19 million in America would suggest that the vegan message is spreading.

According to many of the internationally published studies there are numerous health risks associated with meat rich diets, so veganism could make sense from a healthy living point of view.

Indeed recent research has shown that high intakes of red meat increase the risk of colorectal cancer and other studies have also reported that the consumption of processed meats are linked to cardiovascular disease and cancer(2).

Being a true vegan

Vegans choose not to eat any products of animal origin, which involves not eating any meat (including fish, shellfish and insects), dairy products, eggs or honey. Where possible, vegans also aim to avoid products tested on animals, places that use animals for entertainment and avoiding animal-derived products such as gelatine, leather, fur, cosmetics and bathroom products.

A vegan diet is wholly plant-based and more diverse than you might imagine. It encompasses all kinds of vegetables, fruits, nuts, grains, pulses, beans, legumes, seeds, herbs and spices.

It is also easier to follow than many people believe, beans on toast is an example of a simple and healthy vegan meal. With a little imagination it is possible to prepare an enormous range of delicious meals, especially now that there is such a wide range of meat, dairy and egg substitutes available in supermarkets and health food stores.

The health benefits of a plant-based diet

Extensive scientific research has identified that plant-based dietary patterns such as vegetarian and vegan diets are associated with a lower risk of Type 2 diabetes and heart disease when compared with less healthy eating patterns.

Vegan diets on the whole are higher in many of the foods considered beneficial to health such as fruit and vegetables, nuts, seeds, pulses and wholegrains. This approach to eating tends to result in higher fibre consumption, whilst being lower in refined sugars and saturated fats.

Risk factors of a vegan diet

Just because it’s wholly plant-based doesn’t automatically mean a vegan diet is 100% healthy. That very much depends on the food choices you make within a vegan diet.

It is just as easy for a vegan, as anyone else, to overindulge in unhealthy foods that are high in saturated fat, salt and sugar such as cakes, crisps, confectionary and fried foods. What’s more, if there isn’t enough variety in a vegan diet there is a possible danger of nutrient depletion. For example, vitamin D and vitamin B12 are not present in most plant foods so it is important to either supplement or choose fortified foods such as breakfast cereals, alternative dairy products and margarine spreads(4).

Scientific evidence shows that compared with meat eaters, vegans tend to have lower blood levels of vitamin B12 and lower tissue levels of omega-3 fatty acids. Omega-3s play a structural role in cell membranes within the brain and retina(5).

According to research vegans that do not supplement their diet with vitamin B12 are at especially high risk of B12 deficiency(6). Early signs include tiredness, lack of appetite and weakness and could result in pernicious anaemia(7).

Plant-based sources of vitamin B12

Nori and nutritional yeast are often recommended for vegans as a good source of vitamin B12. However, the reality is that plant food sources of vitamin B12 are unreliable. The most effective way to gain enough of this important vitamin is through nutritional supplementation. Fortunately, vitamin B12 is produced by bacteria and need not be obtained from animal products.

Vegans can also gain vitamin B12 from fortified foods such as plant milks, breakfast cereals and soy products. These should be eaten two to three times a day to obtain the recommended amount of at least 3mcg of vitamin B12 in the absence of daily supplementation.

It was once thought that you couldn’t get enough protein from a vegan diet, but this simply isn’t true. Plant-based diets are rich in protein sources and as the average adult only needs around 46g of protein a day, achieving this is easy if you eat a variety of the following foods, daily:

Well planned vegan diets can be nutritious and healthy, but for added peace of mind a well-chosen good quality supplement could make all the difference. Liposomal Altrient B includes a full spectrum of B vitamins including the all important vegan vitamin B12 in a unique delivery system that ensures maximum absorption.

OK, so you’ve decided to start running – and why not? Spring is just around the corner and what better time to start afresh and embrace new challenges when everything around you is bursting into life.