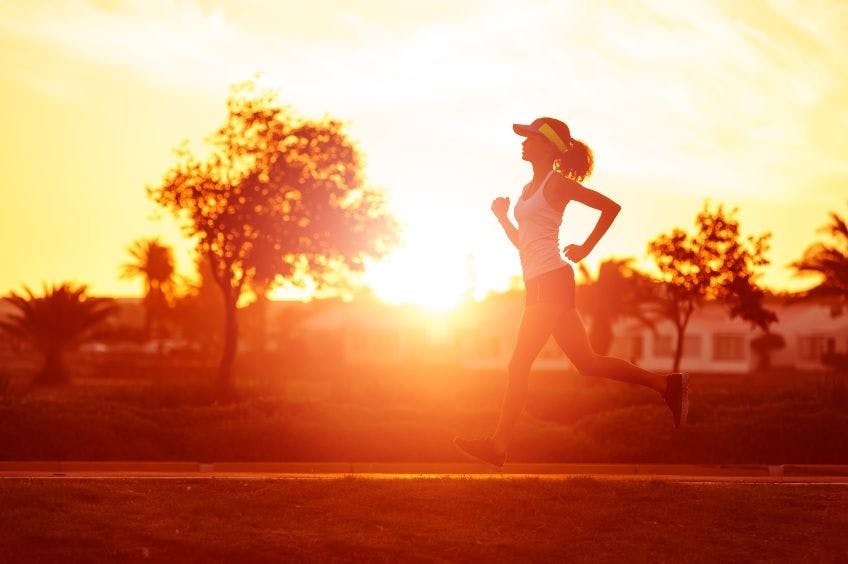 Vitamin D refers to a group of ‘secosteroid’ compounds with a chemical structure that is almost identical to cholesterol. Under the influence of UVB rays skin cells make vitamin D which the liver converts into the two nutritionally significant forms, vitamin D2 (ergocalciferol) and vitamin D3 (cholecalciferol) which are then converted by the kidneys into the active form called calcitrol1.

Vitamin D levels are carefully monitored by the body through a complex network of feedback mechanisms which require multiple receptors and enzymes, indicating that vitamin D is regulated more like a hormone than a nutrient. As most cells and tissues have vitamin D receptors, vitamin D potentially influences the function of most tissues in the body2.

Vitamin D forms a strong team with vitamin K which plays a supportive role to many of the tasks that vitamin D performs. Vitamin K is not a single compound but a group of fat-soluble compounds. Phylloquinones are a group of compounds that fall into the vitamin K1 category and menaquinones are collectively known as vitamin K2.

Vitamin K2 is composed of a series of compounds known as MK-4 all the way through to MK-13 and it’s this vitamin K2 group of compounds that are considered the most biologically active of all the forms of vitamin K3. MK-4, MK-7 and MK-9 are the most researched menaquinones.

These two vitamins contribute to a wide range of cellular processes and a number of different functions in the body and research suggests that it’s important to balance vitamin D supplementation with vitamin K to help optimise health.

Healthy bones are made up of calcium, however before calcium can be incorporated into the bone matrix, this important bone structure needs to be built. Both vitamin D3 and K2 are part of this construction process which also requires the support of several other key nutrients such as collagen and vitamin C.

Studies show that both vitamin D3 and vitamin K2 contribute to the maintenance of normal bones. Vitamin D has a direct influence on bone health because it contributes to the normal intestinal absorption and utilisation of calcium and phosphorus and helps regulate normal blood calcium levels. Vitamin K plays its part by activating specialised proteins (osteocalcin, matrix-Gla-protein (MGP) and Protein S) made by osteoblasts (bone forming cells). These active bone building proteins are involved in transporting calcium into the bone matrix and help control the binding of calcium in bones (and other body tissues) which increases bone mineral density5.

There is a lot of research into vitamin K intake, status and bone health and osteoporosis and recent research supports that vitamin K contributes to the maintenance of normal bones6. It is likely that a vitamin K deficiency may impair the activity of the transport proteins produced by osteoblast cells that carry calcium into bone. This could result in an increased risk of bone fractures and osteoporosis, particularly in post-menopausal women who are found to have a higher incidence of osteoporosis. Several studies involving vitamin K2 supplementation and osteoporosis have found favourable outcomes7.

Vitamin D and vitamin K play important roles in the maintenance of bone health, sustaining good levels of both these key nutrients is essential for the prevention of osteoporosis and the maintenance of normal bones and teeth. Whereas vitamin D aids the intestinal absorption of calcium and helps regulate the amount of calcium in the bloodstream, vitamin K helps guide calcium from the bloodstream into the right body tissues – your bones and teeth. The last thing you need is for calcium to be deposited in your artery walls, cartilage or organs where it could cause calcification, just like the furring up of a kettle.

What about healthy teeth?

We often hear the phrase that calcium is good for bones and teeth so does this also apply to vitamin D3 and K2? Potentially, yes! It’s the same mechanisms that regulate and deposit calcium into bone that looks after your teeth too. One of the main regulating proteins in teeth is osteocalcin. This is the same protein that is vital for bone metabolism and is activated by vitamin K2. Animal studies have found that osteocalcin is involved in dentin and tooth enamel formation8.

The effects of vitamin D are brought about by the vitamin D receptors found on cell membranes throughout the body including in vascular smooth muscle and cardiac muscle cells. There is clear evidence supporting a significant role for vitamin D in the function of cardiac muscle9. Scientific studies suggest that vitamin D3 directly affects heart and vascular muscle cells through several potential mechanisms10.

Long term studies investigating vitamin D levels and cardiovascular disease have demonstrated that those with lower levels of vitamin D had a 64% higher risk of heart attack and 81% higher risk of fatal coronary heart disease events9. The results from other studies have also suggested that inadequate intake of vitamin D3 could play a contributory role in the development and progression of high blood pressure and cardiovascular disease10.

Vitamin K2 also has potential to be an invaluable nutrient for cardiovascular health. The furring up of artery walls (known as calcification) tends to increase with age and is a key predictor of heart disease. MGP has been found in cartilage, bone and soft tissues like blood vessel walls, where it is produced by vascular smooth muscle cells6. MGP is involved in preventing calcium from depositing in blood vessel walls, leaving the arteries healthy and flexible5. Vitamin K helps activate MGP so this nutrient plays an important role in the regulation of arterial calcification and helping lower the risk of vascular damage11. A large Norwegian community-based study has established that intake of vitamin K2 is associated with a lower risk of coronary heart disease12.

Given that vitamin D is known to play a role in normal muscle, bone and immune function it is not surprising that it could confer important health benefits to athletes and fitness enthusiasts. This was demonstrated in an interesting review published in the Journal of Strength and Conditioning Research in 2017. The purpose of this study was to investigate if vitamin D could impact muscle strength in athletes. Some of the trials examined in the review found that vitamin D2 had no effect on muscle strength, however other trials reveal that vitamin D3 did impact the muscle strength of the athletes who took a vitamin D3 supplement13.

Vitamin K is widely known as an essential co-factor for an enzyme called carboxylase which is responsible for activating numerous blood clotting proteins. Blood clotting is an import process in wound healing.
Scientists explore vitamin K and cognitive function
In the last decade scientists have begun to explore the physiological role of vitamin K in skeletal, cardiovascular disease and brain health5. Evidence suggests that vitamin K-dependent proteins are thought to have roles in brain cell signalling and brain lipid metabolism14.

1.Vitamin D deficiency linked to where you live

According to research vitamin D deficiencies are currently a global concern with many countries across Europe and the Northern Hemisphere being the most affected. It’s the elderly, infants, pregnant women and individuals with darker skin that are most at risk15. Since vitamin D plays such a starring role in our immune cell defence, a deficiency of vitamin D is of particular concern considering the types of viruses and winter infections that this unusual year is highlighting.

There are also concerns that many people may not have adequate levels of vitamin K. Studies show that diets lacking in vitamin K may accelerate into deficiency in as little as seven days15. Subclinical vitamin K deficiency is not uncommon in individuals taking warfarin medication16 and what’s more, pollution, antibiotics and laxatives may also negatively impact the amount of vitamin K in the body17.

Studies show people suffering from digestive conditions such as inflammatory bowel disease (IBS) tend to have a higher prevalence of low bone mineral density. This may in part be due to inflammation in the intestine lining making it much harder for nutrients like vitamin D and K to be absorbed. These people have a greater need for vitamin D3 and vitamin K2 supplementation7.

The body only stores a very small amount of vitamin K and this nutrient gets rapidly depleted without regular dietary top-ups since approximately 30-40% of vitamin K gets excreted.

D3 is the most bioactive form of vitamin D

Although both vitamin D2 and D3 exist in the body, it’s best to choose a supplement containing vitamin D3 as this form remains biologically active in the body for much longer and is shown to be more effective at raising blood serum concentrations than vitamin D218. Vitamin D in the food supply is extremely limited with the main sources being oily fish (salmon, trout, mackerel, fresh tuna), whole milk, full-fat yoghurt, eggs, fortified breakfast cereals and fortified orange juice. Sunlight deprivation and a lack of vitamin D in the diet could potentially lead to poorer support of bone health and immune protection so supplementation is highly advisable, especially during the winter months.

Vitamin K1 is produced by green and leafy vegetables (spinach, kale), and algae (chlorella, spirulina), whereas vitamin K2 is mainly made by bacteria. Although the bacteria found in the gut microbiome can produce vitamin K2, the amount produced tends to be insufficient so the dietary sources of fermented foods or grass-fed animal products are important and include natto, kefir, sauerkraut, cheese, curds, egg yolk, butter, liver, lamb, duck and other meats19. However, if you are vegetarian or vegan or these vitamin K foods are not suited to you then it’s best to supplement with vitamin K2.